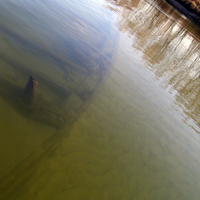 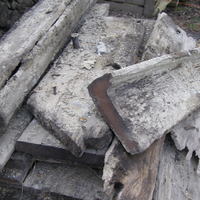 Save a Medieval Danubian shipwreck!

Save a Medieval Danubian shipwreck! The Danube is the largest river of Central Europe, and among the most influential waterways of human history. This river connects Central Europe (the Alpine and the Carpathian regions) with Southeast Europe (the Balkan Peninsula and the Black Sea coast). It was a waterway and also a boundary. The limes (the border of the Roman Empire) followed the line of this river in the form of towers, forts and fortresses. During the Medieval period the Hungarian kingdom dominated the central section of the river. In this period the Danube connected Hungary with the German Empire to the West and the Byzantine Empire to the South. From the 15th c. the rising of the powerful Ottoman Empire opened a new situation. In these period the Danube served a vivid commerce of various artifacts as well as route for military campaigns (especially during ottoman wars). Watermills planted on ships were widely diffused on the rivers of Middle Danube Basin. These floating mills are documented from the modern period, but their previous history is unknown. Evidences for Danubian ships were less know, but with the starting of underwater river archaeological researches we have some important evidences.

Danube wrecks and the Ráckeve find

Underwater archaeology of the rivers is not a “fashionable” discipline. The current and the low visibility made research extremely difficult. River archaeological surveys are organized principally in France and Hungary in Europe. In Hungary two (cooperating) civilian organizations, the Underwater Archaeological Division of the Hungarian Archaeological and Art-historical Society and the Argonauts Research group organizes researches on non-profit basis. During the last few years our researches identified a number of wrecks – previously unknown. The most interesting sites are the logboat accumulation (a pontoon -bridge) at Drávatamási (Dráva river) dated to ca. 1600. At Solt an Ottoman Period plank built transport ship was identified (ca. 1615). These and other finds allows us insight into the history of Danubian shipbuilding.

During the extreme dry winter of 2011 new sites came to surface from the dried out Danube. At Dunaföldvár a wooden wreck of a probable ship-mill was discovered. This site dates to early 14th c. (this is the so-called Angevin period – named after the royal house originated from Naples). A contemporary document mentions the sinking of a mill during a feudal conflict. The characteristic of the Dunaföldvár wreck is the L-shaped section of the plank joining the flat bottom and the side-wall. This element was carved from a single log – hence the name of the technology: extended-monoxyl. Similar medieval wrecks known from France, Germany and northern Poland.

A wreck was reported near Ráckeve, form the Danube in December 2011. Unfortunately the finder destroyed the site, and showed the wreck into 1.5 m long pieces! His plan was using the oak wood for heating his house. A group of civilians saved the remains with the help of the National Office of Cultural Heritage. The future of the wreck is uncertain, because it is on dry land, and there is no money for stabilization.

The Ráckeve ship shows similar characteristic to the Dunaföldvár wreck. It has L shaped monoxyl elements, and the ribs were connected to the floor-planks with the use of tree-nails. Dating is not available now, but it is highly probable that this is a medieval wreck too. Some differences – like the limited use of iron nails at the bow – could allow us to study developments of shipbuilding tradition. The wreck from Dunaföldvár, documentation

The Ráckeve ships lies in the garden of the local árpád museum in the form of a “heap”. Evidently this is a temporary solution, because the sun will drie out the wood during the spring.

Our minimal plan is to sink the wooden material in a cage into the local Danube-branch. This solution could stabilize the material for a couple of years. Before immersion we would like carry out documentation.

We plan laser scanning and photogrammetric documentation of each individual pieces. This method would allow us detailed study later. We could reconstruct the original wreck connecting the sawed fragments together. A virtual model could build and experimental “navigation” could be available.

This programer (without modeling) would cost ca. 390.00 HUF+tax. Which is around 1000 Euro.(+tax). The Argonauts Research Group would organize the operation.

In the case of sufficient funding we could build up the virtual model. It would be even more important to re-investigate the original site for minor finds.

During the last winter a similar wreck was observed on another Danubian location. It seems to be even more intact. We would like to date and document that wreck too.

Every help would be important for us. We are waiting for financial aid principally, because there are work-phases could organize only financial way.